Acupuncture is a safe, painless and effective way to improve overall health. This holistic medical technique originated more than 2,000 years ago in China and is used extensively today throughout East Asia in conjunction with Western Medicine and as its own system of treatment.  It has been tested in over 500 clinical trials in the United States and Europe to treat and help prevent a number of medical conditions.

According to a recent survey conducted by HCD Research and The Louis Finkelstein Institute, acupuncture has now become the complementary medicine most widely recommended by physicians in the U.S. In 1997, the National Institutes of Health (NIH) for the US government reviewed scientific literature about acupuncture and concluded it to be safe and useful in modern health care.

“One of the advantages of acupuncture is that the incidence of adverse effects is substantially lower than that of many drugs or other accepted procedures for the same condition“- National Institutes of Health.

Acupuncture and Chinese medicine therefore can potentially reduced the need for much more expensive and risky medical procedures. Since Eastern medicine was introduced to the United States in the 1970s it has since become famous for being effective and safe in clinical studies and for having an immediate relaxation effect.

Mitchell Harris, L.Ac., owner of Eastern Integrative Health, has been treating people successfully for years with a passion towards improving the quality and overall cost of current health care through an integrative model.  By utilizing the accumulated wisdom of different cultures and perspectives, we are able to maximize potential to heal. 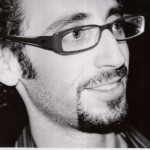 Mitchell Harris graduated with honors from New York University’s Film and Television Tisch School of the Arts. His undergraduate thesis work in experimental documentary video was nominated for a grant by faculty and was screened in several countries. Deciding to be more hands-on in his desire to help and understand the people and world around him, Mitchell earned his Masters of Science in Traditional Oriental Medicine in California at Pacific College in San Diego, graduating with academic honors. He continued his postgraduate studies in Chengdu University Hospital, China where he earned his certificate in International Medicine. Since that time Mitchell has opened successful private practices in Indiana and Illinois, working in hospitals, and private practice settings.

Mitchell enjoys practicing a variety of East Asian acupuncture, moxibusion and herbal styles at his clinics in Lakeview, Ravenswood and Rogers Park, Chicago. Mitchell is the dual Chair of Clinical Procedure and former Faculty Governance at Pacific College of Oriental Medicine and worked as a supervisor while teaching as an associate professor Eastern Nutrition, Japanese Acupuncture, Clinical Methodology, Acupuncture Therapeutics, and Practice Management. He has his own tincture herbal company, Herbs From East, LLC and is co-founder of the integrative medical video website IMNEducation.com where you can find evidence informed lectures regarding complimentary and integrative Medicine. He was the Clinical Pearls Editor of quarterly publication Meridians Journal of Oriental Medicine. He has been a speaker at Shriner’s Hospital for Children and Northwestern Hospital for various medical symposiums (Integrate, IM4US, grand rounds et). He was the lead Acupuncturist at Harken Health and maintains an integrative shift for chronic pain management with Dr. David Freedman at Heartland Health Care on Devon and Pacific College medical residents.